Last Monday, May 20, I was testing composite skis when Diane Bell came into the workshop and said Bill Koch was on the phone. Hadn’t talked to Bill for a long time and wondered what prompted the call.

In the early 1970’s, think it was 1971, had entered a race in Putney and decided to drive there and see what the course was like. With poor grooming equipment and narrow courses some of the trails in those days were downright dangerous and in a few races I saw some people get seriously hurt. Fortunately, I liked tough downhill courses and can’t ever remember, as a College or Master skier, ever falling in a race. While out on the course a teenager passed me using what I thought was a somewhat unusual but snappy classic technique. When I got back to Putney School found out the young man was Bill Koch. 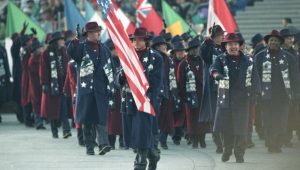 After his stupendous performance in the 1976 Olympics, where he captured Silver in the 30K, Bill was under a lot of media pressure and also developed asthma, and did poorly in the 1980 Olympics. Shortly after finishing my third Swedish Vasaloppet I also developed asthma and struggled as a master skier. Bill found a new doctor in Hanover, NH and I decided to use the same doctor. She got me off some steroid crap my previous doctor gave me and soon I recovered just like Koch. In 1982 Bill proved that his second place finish in the 1976 Olympics was no fluke, as he became the overall World Cup Champion. Koch is the only American male in the history of the sport to date to be the overall World Cup Champion.

In 1991 got another surprise call from Bill. He told me he wanted to make the 1992 Olympic team. Koch did not try out for the 1988 Olympics in Calgary, so this was a real surprise. He wasn’t sure he could make the team, but figured this would be his last chance as he would be 37 years old. We discussed a lot of different training equipment and methods to get in shape quickly from a long period of non-competitive training. He was in Oregon at the time and in addition to some V2 roller skis Bill put our slow Carbonic in-line skate wheels on in his roller skates. Until skiing on snow Bill trained like a maniac near Mt. Hood, a lot of the time on the slow in-line skates with our Carbonic training wheels. Bill made the team to France and carried the US Flag at the opening ceremonies.

When he called on Monday Bill said it was time to do some roller skiing again and now wanted some stable classic roller skis that could be used in steep terrain and also on dirt roads. We discussed the pros and cons of various models and he decided on a pair of XL150RC with Brakes and Speed Reducers. The skis, and the accessories he wanted, will be shipped to Vermont this week.