Since the introduction of racing skis with polyethylene bases in the 1970’s, we had been using ‘Fibertex’ for polishing our scraped and stone-ground skis. It was the standard procedure used by everyone, both in Europe and North America.

In the 90’s, we became the North American distributor for STAR ski wax. We purchased a video microscope and a good fiberoptic light source. We had always inspected the skis with a 50X magnification, and the skis usually looked smooth. Using a 24” monitor, the magnification with the video microscope was close to 300X. We made a special stand to accurately focus the video camera on the ski base. It was only when we beamed the fiberoptic light on the ski at an angle that we could see a massive amount of extremely small polyethylene fibers on the skis. The Fibertex removed the larger fibers, but generated thousands of smaller ones.

A young man by the name of Dan Erdody was working for us at the time and I asked him to find different polishing materials that we could try. Most of the materials that he located and tried produced even more small fibers than the Fibertex. I asked him to keep looking and after about a year he found a polishing material that made the skis incredibly smooth and did not produce any microscopic fibers or ‘hairs. We dubbed it V2-OMNIPREP.

At the time Bill Knight was a rep for Atomic and also helped us with STAR wax. Bill is a very good skier and ski waxer. He told us that Skirack, a ski and bike shop in Burlington, Vermont,  was having an evening session for ski tuning and had asked Bill if we could come up to talk about STAR and other ski tuning products. Some of the skiers brought their stone ground or steel scraped and polished skis. We brought the video microscope and monitor to Burlington and a pair of my racing skis polished with OMNIPREP.

We put a ski someone had brought under the video microscope without turning on the fiberoptic beam and the ski looked reasonably smooth. When we flipped on the fiberoptic light the monitor lit up with thousands of tiny white fibers. Then we put my skis under the microscope, and no fibers were visible.

OMNIPREP has been used and praised by many World Cup ski tuners. I don’t know if it was used at the 2002 Salt Lake Olympics but do know OMNIPREP was used at the 2006 Olympics and probably all Olympics thereafter. Ski tuning gurus like Lars Svensson and Zach Caldwell said there is nothing like OMNIPREP for final polishing. 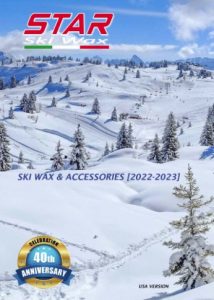