BRUCE BRINKEMA, MY OLDEST AND CLOSEST FRIEND, DIED ON MARCH 2, 2021 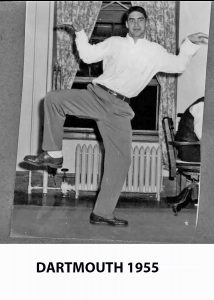 We became roommates and in the summer after our Junior year we drove to Colorado and applied for a summer job in Grand Junction. For two months we worked on a drill jig for a uranium exploration company in a remote section of the Henry Mountains in Utah.  In September of that year, Bruce returned to Dartmouth while I took a year off and worked in California. 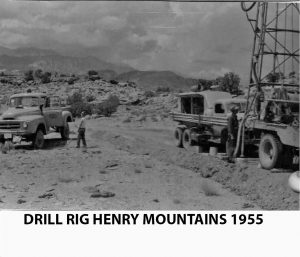 After graduating from Dartmouth, Bruce became a Marine. I went back to Dartmouth and after graduating moved to California. Bruce was stationed in California and we met as often as possible. By the time Bruce met his wife Julie, Anita and I were already married. We lived close to each other and did everything together. In the winter we travelled to Mammoth to ski and in the summer, we camped, fished and panned the rivers for gold. 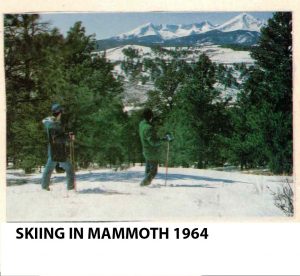 When Anita and I moved to Massachusetts we stayed in close contact with Bruce and Julie. I often went on business trips to the Los Angeles area and stayed with them. Bruce and Julie were now a family of four with a son, Cory and daughter, Kristie.  We decided to vacation together, so the Brinkema family drove to Afton, Wyoming while Anita and I, with our daughter Berit, drove from Massachusetts. We had such a great time we decided to do the same thing the following year. 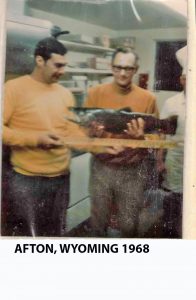 In 1973, Bruce and I decided to ski the Vasaloppet in Sweden. Our families rented cabins next to each other in Dalarna, and again enjoyed a wonderful vacation together.

Bruce and Julie, now a family of five with second daughter Jeannie, visited New Hampshire several times. Likewise, we flew to California with our daughter Berit and son Erik to visit them. In 1985 Bruce and Julie decided to move to New Hampshire and they purchased a place just six miles from our house.  Once the Brinkema family settled in New Hampshire, we vacationed together even more often. We liked Ramsau, Austria and visited there three times. While there we skied on the Dachstein glacier and one year after skiing on the glacier we drove to southern France for a week.

Bruce and I had not gone fishing in Wyoming for over fifteen years and in October 1992 we drove to Afton. On the way back to New Hampshire we stopped in Boulder to see my son Erik who was a student at the University of Colorado. In 1994, Marty Hall (who at the time was the Director for the Canadian XC Team) invited us to Silver Star Resort in British Columbia to ski with some members of the Canadian National Team. Bruce and Julie and Anita and I flew to Seattle and drove to Silver Star. It was a very memorable week. 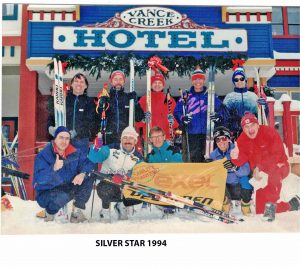 After our children became adults and moved to various parts of the country, Anita and I continued to spend much of our free time with Bruce and Julie. Our families have had a close, lifelong relationship and no words can express how much Anita, Erik and I miss Bruce.